On August 22nd we participated in the 3rd Annual Burke St. Pub Charity Golf Tournament.  It was held at Pudding Ridge Golf Course in Farmington, NC.  While this location is well outside of our downtown boundaries It brought together much of our community for a great cause.  Many of the carts sponsors were event sponsors.  Together we helped raised over $19,000 in funds, goods, and services for young Lanxton  who suffers from Sickle Cell Anemia.

The awesome part of this charity is that it's not run by some corporate fund. Everything went directly to Lanxton's family to help cover medical needs and expenses.  Lanxton was present for the event, and donors got a chance to meet him and interact with him.  At the end of the evening the closing ceremonies were held at Burke St. Pub and his mother and father gave a very touching speech. Giving is great, but to be able to see who that check is going towards, to see the effect it has on them has so much more reward than dropping an envelope in the mail.

And the event was by no means short on fun for those doing the giving.  On top of the tournament itself several of the holes sponsors held mini games at their hole.  For example Burke St. Pub held a longest drive contest where participants were challenged to see who could drive jumbo marshmallows the farthest!   Second and Green Tavern brought out the cornhole boards and Brody's Downtown had a balloon pop game at their hole. We resumed our spot on the practice green with the Long Putt Challenge.   Entry into the mini games was gained by making small donations at each hole and small prizes were alotted to winners.  Back at the Pub the Days winners were announced and raffle prizes were divied up.

Over all, this was an awesome experience and we had a lot of fun being part of it.   If you'd like to be a part of next summer's event contact Tiffany Howell at Burke St. Pub. 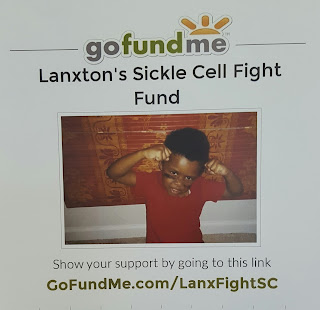 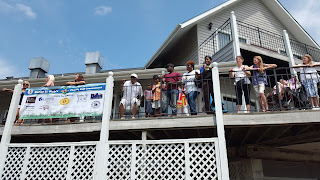 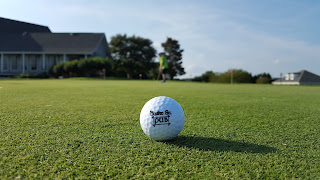 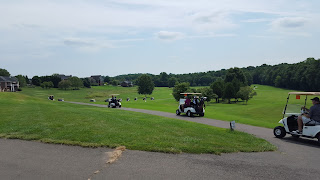 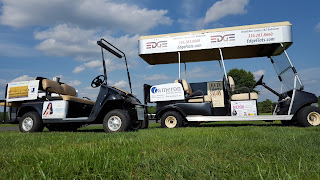 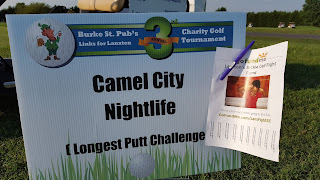 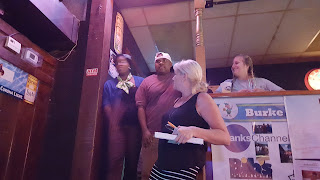 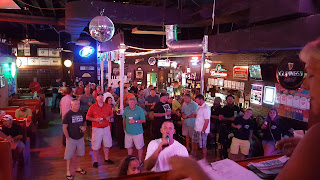